Like many people, I was more than ready to say good riddance to 2017, which was as disruptive, divisive and depressing a year as any I’ve seen in my lifetime. Yet as I think about 2018, I’ve found myself strangely hopeful that something is stirring in literacy education. And one of the indications of that for me is the theme for this year’s CCIRA conference, where I’ll be presenting two sessions in February.

The theme for this year is Literacy Renaissance, which was inspired by Leonardo Da Vinci’s life, and I have to say that I found the idea of a literacy renaissance incredibly exciting. You see, way before I ever imagined myself working in classrooms and being a writer, I was on my way to becoming an art history major in college, where I studied and fell in love with Renaissance art—especially frescoes and portraits, like Leonardo’s “Lady with an Ermine,” whose soulful eyes you see above.

Leonardo definitely captures the spirit of the Renaissance and seems as powerful a role model as any I can think of. But knowing a bit more about the Renaissance than your average person might, I found myself thinking about that theme in a slightly different way.

I know, for instance, that the word renaissance literally means rebirth, and the historical period known as the Renaissance was seen as the rebirth of the classical traditions of ancient Greece and Rome, where artists had developed and mastered the skill to paint and sculpt figures that actually seemed life-like, with a range of gestures and expressions that conveyed the whole spectrum of human emotions.

Those skills, however, were lost or forgotten during what’s alternately called the Medieval, Middle or Dark Ages. In that period artists struggled with perspective and proportions, with people’s heads sometimes as large as their torsos and their bodies as tall as buildings. The subject matter was also much bleaker than Ancient Greek and Roman art, which is characterized by beauty, ease and grace. Medieval art, on the other hand, reflects a time of plague and superstition, where life was seen as little more than a vale of tears. And that got me wondering: If we’re in or entering a Literacy Renaissance, what was our Classical Age and what were our Dark Ages? 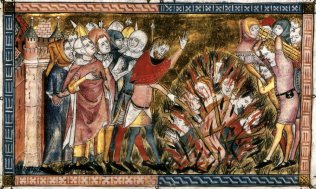 When it comes to the Dark Ages, I think we’ve been living in pretty dark times, where data, accountability and mandates are deemed more important than a teacher’s professional knowledge and judgement—and where teachers and students alike often feel an enormous amount of stress. Unfortunately, though, there are tens, if not hundreds, of thousands of teachers in classrooms across the country who came of age during these times. And many of them may simply be unable to imagine an alternative way of teaching because this world of numbers, packaged programs, and rubrics for everything under the sun is the only one they’ve experienced. And that’s why I think it’s so important to consider what our Classical Age was. 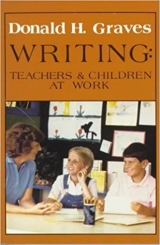 Personally, I see it as the period when figures like Don Graves in writing and Ralph Peterson and Maryann Eeds in reading were developing the concept of readers and writers workshop. Compared to today, where teachers are often overwhelmed by the volume of content they’re expected to cover and the paperwork they’re required to complete, the work of these educators—as can be seen in books like Writing: Teachers & Children at Work (Graves, 1983) and Grand Conversations: Literature Groups in Action (Peterson & Eeds, 1983)—can seem almost leisurely. They took time to listen carefully to children, not just to find an opportunity to teach them, but to more deeply understand their thinking. And there’s an authentic, natural feel to the conversations they had with kids, which, in our age of acceleration, we seem to have forgotten or lost.

Here, for instance, is an anecdote that Tom Newkirk and Penny Kittle share in their book about Don Grave’s work. Children Want to Write. Don and his team of researchers were puzzled by a girl named Amy, whose first drafts were so lovely and thoughtful that she never needed to revise. What was her process? they wonder and asked Amy herself. At first, she said she wasn’t sure, but one morning she came to school and shared what she thought was the answer to Lucy Calkins, who was then one of Don’s researchers:

“I think I know how I write. The other night I was lying in bed and I couldn’t get to sleep. I was thinking, “I wonder how I will start my fox piece in the morning.” It was 9:30 at night and Sidney my car was next to me on the bed. I thought and thought and couldn’t figure how to start it. Finally, about 10:30, my sister came home and she turned on the hall light. Now my door has a round hole where there ought to be a lock. A beam of light came through the hole and struck Sidney in the face. Sidney went squint. Then I knew how I would start my fox piece: There was a fox who lived in a den and over the den was a stump and in the stump was a crack and a beam of light came through the crack and struck the fox full in the face.”

Now just imagine Amy for a moment in a typical classroom today. There’s a good chance she’d be required to write a flash draft first, because supposedly that’s what all writers do (FYI, I don’t), then be presented with a sequence of predetermined lessons—often accompanied by checklists and worksheets—that marched her through a process aimed less at developing her identity as a writer than at completing a task.

In this Classical Age, however, teachers believed in and trusted the capacity of children as meaning makers, which I fear is something we’ve lost. Graves, for instance, firmly believed that “Children will continually surprise us if we let them. It’s what happens when we slow down, listen, and let the children lead.” And here’s what Ralph Peterson and Maryann Eeds have to say about this in Grand Conversations:

“If we accept that literature is another way of understanding the world and that it will illuminate our lives, if we accept the value of the interpretations that all children bring to their reading with a heart-to-heartedness that shows we want to understand why they say what they saw, if we trust that making sense of the world is inherent in being human, and if we walk alongside our students in the collaboration of true dialogue, then we can expect that remarkable insights about literature will occur.”

This vision of teachers as learners who “walk alongside their students in the collaboration of true dialogue,” is also something we seem to have lost, though it was a hallmark of that time. Graves, for instance, firmly believed that “the teacher is the chief learner in the classroom.” And like the Greek and Roman artists of the Classical Age—and the Renaissance artists who came after—Graves’s vision of learners encompasses the whole spectrum of human emotion, including uncertainty and vulnerability. “A teacher,”

And here’s Peterson and Eeds again echoing that idea:

Teachers need to remember that teaching is easy only when students are asked to become consumers of conventional views. Teachers who use dialogue as a means for [children to] interpret a text must value the dynamic, ever-changing characters of meaning making . . . The words ‘I think I’m changing my mind‘ should come to be valued, whether uttered by students or teachers.

Of course, a learning stance is hard to take if you’re worried about test scores and evaluations. But with Leonardo as inspiration, CCIRA is inviting us to leave the Dark Ages of fear and compliance behind and step into the light of a new Renaissance. And to do that, I think it behooves us to look back and remember those early workshop pioneers from our own Classical Age. There’s much that we can learn from them and much that should be revived. I’m looking forward to it!

Vicki Vinton is a literacy consultant and writer who  has worked in schools and districts across the country and around the world.  She is the author of Dynamic Teaching for Deeper Reading: Shifting to a Problem-Based Approach (2017), and coauthor of What Readers Really Do: Teaching the Process of Meaning Making and The Power of Grammar: Unconventional Approaches to the Conventions of Language.  Vicki is also author of the novel The Jungle Law. Additionally, you can find Vicki online, at the popular literacy blog To Make a Prairie (www.tomakeaprairie.com). Find her on Twitter @vickivintonTMAP.